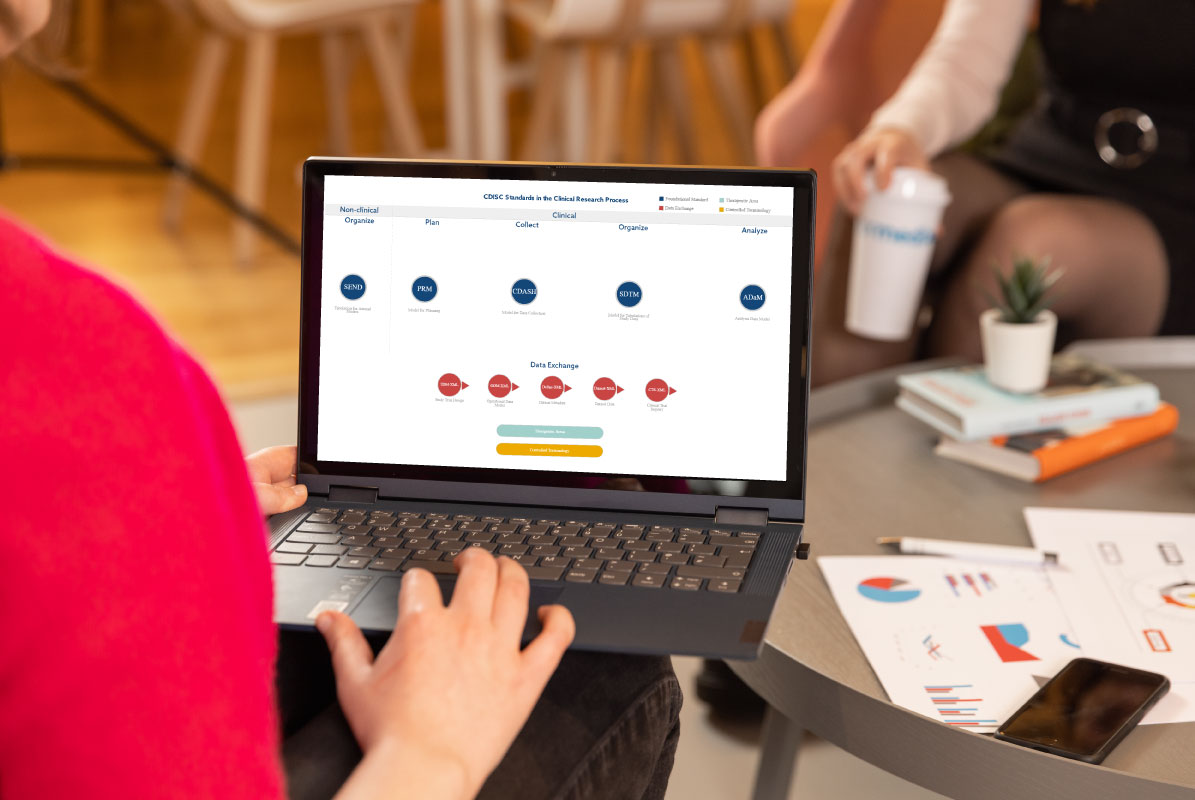 Our founder and CEO Mark Wheeldon was delighted to appear as a guest speaker on the innovative podcast ‘Transformation in trials’ in early August. Each week, podcast hosts Sam Parnell, Director of Business Development at eClinical Solutions, and Ivanna Rosendal, Senior Director at Ascendis Pharma, explore all things transformational in clinical trials.

Here, we summarize some of the key discussion points in Mark’s episode, ranging from the early history of CDISC standards to the innovative technology now used in clinical trials.

The history of data standards

Mark begins by explaining that back in the late nineties, before the arrival of CDISC standards, the industry was doing things a little differently. While companies might have had their own in-house standards, there were no industry-wide rules around labelling and presenting data collected in clinical trials.

This meant that several companies could be running trials and submitting data for the same drug simultaneously, but in different formats. Without data standards, there was no easy way for the US Food and Drug Administration (FDA) to quickly analyze the collected data to understand whether the drug was going to be safe, or even work.

Mark gives the example of a set of drugs called non-steroidal anti-inflammatories. These were supposed to remove some negative side effects of Ibuprofen, principally the risk of stomach ulceration. There were two of these drugs being tested simultaneously - one from Pfizer and the other from Merck. But there were some negative results associated with one of the drugs. While both drugs were essentially the same, the lack of data standardization at the time meant that the FDA couldn’t easily compare the studies to see the differences between them.

“Standards gave reviewers a way to very quickly understand the data,” Mark explains. “CDISC formalized and built rules around the structure of datasets, while allowing for supplemental variables.”

If you want to learn more about the standards themselves, download our guide on the CDISC standards required for regulatory submission.

Improved quality and reusability of data

He goes on to say that a huge impact of the introduction of these standards was the improvement of quality: “In the wild west, before CDISC, clinical research organizations (CROs) could compile data in any format. They wrote one programme to satisfy pharma company A’s deliverables and another for pharma company B’s deliverables.” However, with the introduction of SDTM, the industry had to follow the same structure. The quality of deliverables improved considerably as a result.

The introduction of the standards also meant reusability of metadata. “For every data standard, there’s got to be something that describes that data” Mark says. “As a result of standardization, pharma companies can have a content library containing metadata that can be reused repeatedly.”

Host Sam asks about the impact of the growing need to collect data from external sources, such as EPRO (Electronic Patient Reported Outcome) and data collected from wearable devices.

“Historically, 20% of collected data came from case report forms (CRFs) and 80% came from labs,” Mark points out. “I would say data collected from biomarkers and wearable technology is the modern-day equivalent of lab data.” He explains that while CDISC standards subject data to rules and models, CDISC also provide extension mechanisms to allow companies to create custom specifications and collect data from these types of external sources. “Using that functionality, in conjunction with innovations such as metadata repositories, we can now create any third party specifications, whether it be from wearables or innovative lab tests.”

Mark mentions that while the idea of lab transfer specs has been around since the early 2000s, it’s only in the last few years that the issue has become a ‘hot topic’.

So why does the industry take so long to change?

“Our industry is very conservative,” Mark explains. “Innovation requires leaps of faith. There are some parts of our industry that use old tech, such as SaS transport files, a format that is very outdated now. Could you imagine modern FinTech companies using structures that were created back in the 1980s? It doesn’t make sense.”

Host Sam asks what problems we’re trying to address with our Formedix ryze software, and how we’re solving them.

Mark defines the aim of Formedix as a company: “to provide the tools to design a clinical trial from form to submission. Whether it be designing CRFs, designing STDM datasets, analysis, tables listings and figures – we design it, and we manage the metadata.”

“The term ‘metadata repository’ isn’t as fancy is it sounds,” Mark goes on. “Really, it’s content management. A trial has lots of different content used by lots of different people; forms for data managers, SDTM and analysis for biostatisticians and more. We help people design standards for collection, analysis and submission, and provide a metadata repository to store all their trial assets. The idea is to enable reuse and consistency.”

Mark points out that a lot of clients get up to 70% reuse of metadata. This improves metadata quality and avoids the need for repetition of time-consuming tasks. But for him, what’s really interesting is the automation aspect of clinical trial build. He gives the example of a company he worked with in the past, where fourteen different people were involved in the design and review of clinical trial builds.

“Of course, everybody had different priorities and was looking for different things. One of the key issues for us at Formedix was how to speed up the author, review and approve cycle, so trials could move onto data capture quickly. Traditionally, that cycle can take 22 to 24 weeks. With automation technology like ours, you can do that in 2 to 4 weeks. It comes down to fewer cycles in the review process.”

Mark encourages the industry to be willing to integrate with metadata repositories, such as ryze, as much as possible. “Automate the build of data capture itself. See what forms look like in the leading EDCs and approve them before the data capture solution has even been purchased, saving time.”

“ryze integrates with seven leading data capture solutions which means you can design a study, hit a button and build the data capture automatically. It removes the need to transcribe from an Excel spec into an EDC design tool. Everything is sped up and you can see more quickly whether the study is effective.”

What’s next for data standards?

Reflecting on what CDISC has achieved, host Ivanna asks what’s next for CDISC standards?

“Our work has only just begun,” Mark says. “The standards brought the industry into the future. But there’s still loads to do. CDISC needs to partner more with tech companies to see how they work in reality, which is very much their approach now. They’re asking how they can work with companies like us to integrate data transformation tools with their conversion tools.”

Listen to the full podcast now

Listen to the full podcast to hear Mark delve into more topics, such as SDTM mapping and conversions, scepticism around ROI, the industry’s response to COVID-19 and the acceleration of vaccine discovery. 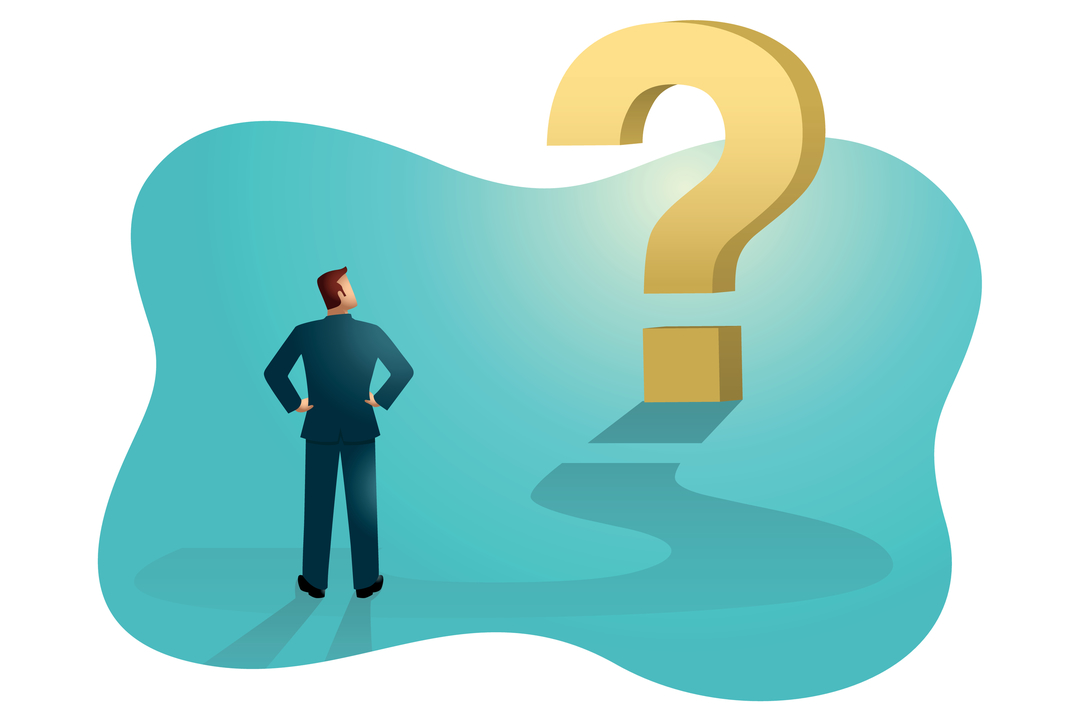 What should a clinical metadata repository do? 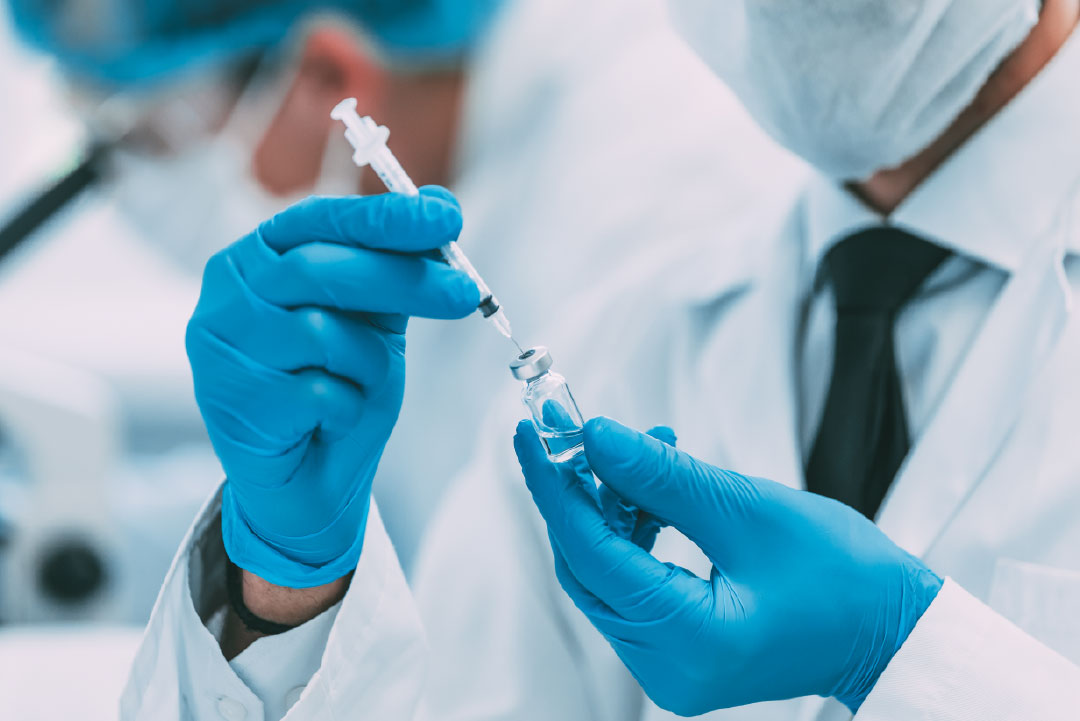 CMDRs expedite drug development. So what’s holding the industry back? 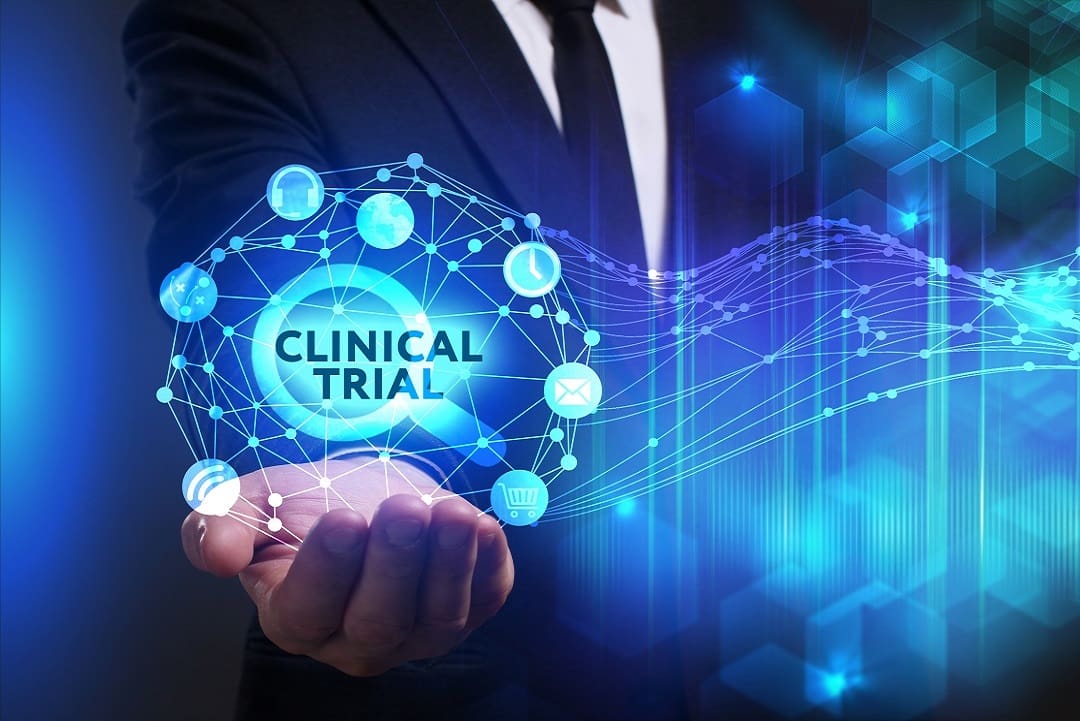